Generation Z refers to people who reach their adulthood in the second decades of the 21st century.

A study from socialist shows that Generation Z characters as a thoughtful, open mind, determined, loyal, and compassionate person. However they might be spontaneous about their necessities, curious about anything and competitive.

The term Millennials, refers to the previous generation of Gen Z whose oldest are well into adulthood. 1996 has been selected as the last birth year of Millennials generation. Millennials has been considered to those born from 1980 to 1996.

When September 11th terrorist attack in United States occurred, Most of Millennials were 5 to 20 old enough to understand the significant consequences which the Zoomers have a bit or no picture of it. 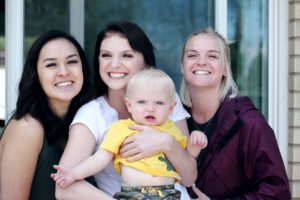 The oldest members of Zoomers were around 10 when the iPhone was released in 2007 and this is one of the examples that Generation Z members were grown up with the highest IT technologies such as mobile devices, internet, Wi-Fi, computers, cellular network…

The economists decided to define Zoomers as a more educated well-behaved and depressed type of individuals. Living in the Technological environment has a great impact on their behaviour, attitudes, thought, and their view of everything whether positive or negative.  This makes a big generation gap between Z Generation and Millennials.

Generation Z members have the ability to process information more faster than the previous one so their attention would be reduced in compare to other Generations. Zoomers and do multiple tasks at the same time efficiently which the previous Gen has difficulty in it.

Faster information processing and the ability to do multiple tasks effectively make Zoomers to be more entrepreneur. So you can see a lot of start-ups showed up within the last 10 years.

5 reasons to use Peyk for your deliveries

How technology changed the parcel delivery?